There are several varieties of clam; all are round and stone-like except the Razor Clam - so called because it resembles a cut throat razor. Amande, Hardshell, Venus and Razor Clams are the most common varieties. Palourdes (or Carpet Shell) are considered the finest Clams and command a much higher price. Once washed and scrubbed, they are used in some classic dishes such as Linguine alle Vongole and New England Clam Chowder. They can also be served raw like Oysters.. 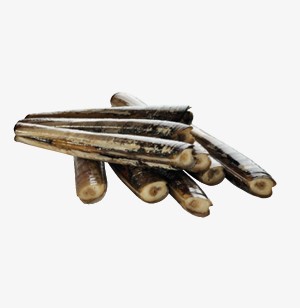 See our range of fresh live clams
Buy from us today